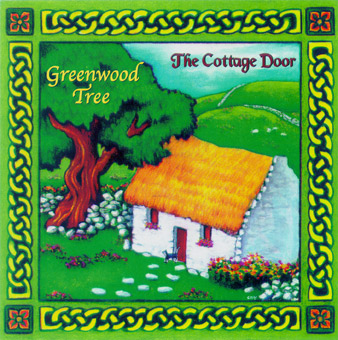 Released September 2000
CDs can be purchased at Greenwood Tree performances or by scrolling down.

...a nice mixture of session standards and lesser known tunes that will keep your feet tapping as you enjoy the wonderful cover art by artist Sheralyn DeYoung...Greenwood Tree typically employs a full ensemble sound in which everybody gets a chance to show off and, as is usually the case, the whole is somewhat greater than the sum of its parts. Stu's hammered dulcimer playing is solid throughout and fits the band's sound very nicely. He also does a very nice job on bowed psaltery, using two bows to good effect on the Christ Child's Lullaby. Bill's guitar playing is also very solid and his breaks are imaginative and extremely clean. This is a dandy and very danceable recording that I'm happy to recommend. -- Neal Walters, Dulcimer Players News

...The playing is clean and precise and the two excel at trading off leads and harmonies. There is a mixture of fingerpicking and flatpicking on guitar and the hammered dulcimer alternates from melody lines to chording backup with ease...a refreshing variety of tunes. -- Ivan Emke, Dirty Linen Magazine 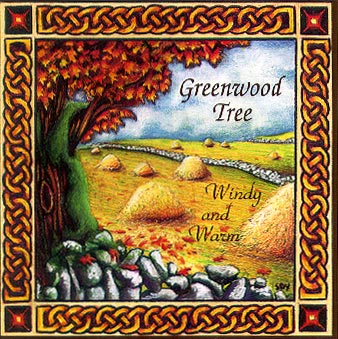 Released August 1996
To download the album or individual tracks, scroll down. A cassette tape version of this CD can also be purchased at Greenwood Tree performances.

...If Windy and Warm is an accurate reflection of their stage performances, an evening with them would be well worth the price of a ticket. -- John Lupton, Sing Out! Magazine

The playing is sparkling and very clean...Bill's use of melodic bass runs in his rhythm really gives drive. The title tune is lovely, and it's pretty unusual to hear this one done on hammered dulcimer, with string bends and everything. -- Jeremy Butler, WUAL

The new CD, Windy and Warm, is EXCELLENT!!!!! My family has listened to it over and over again. My kids dance around the room to it. Your music helps provide a warm/happy family. -- Dan K. (a satisfied customer) 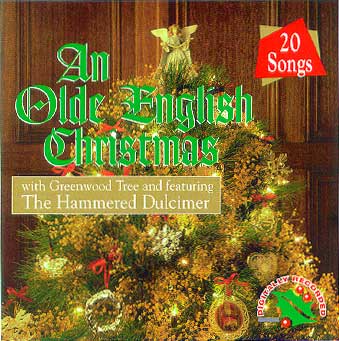 Released September 1994 ©1994 Holland, Inc.; Ross-6646
CDs can be purchased at Greenwood Tree performances or by scrolling down. 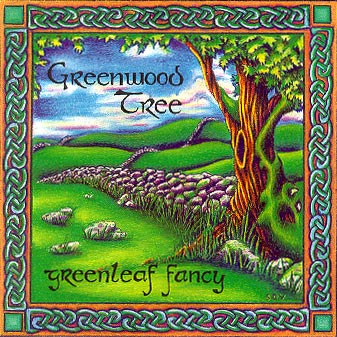 ...Jigs, reels and hornpipes are putty in the able hands of Greenwood Tree, and its antiquated yet spry sound is hard to resist. -- Tom Surowicz, Minnesota Star-Tribune 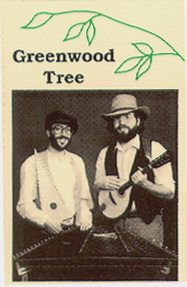 Greenwood Tree's first cassette recording, which is now out of print. A few tracks were rerecorded on The Cottage Door.